Google’s “scholar alerts” was kind of enough to send me this scientific publication by email:

“We have, however, accelerated our Python code using a high-performance Python compiler, Numba.”

Using our decades-long experience in radiative transfer (RT) code development for Earth science, we endeavor to reduce the knowledge gap of bringing R… 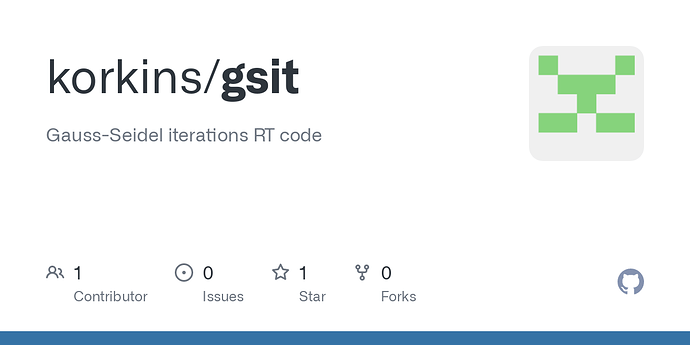 Nice to see them explicitly mentioning Numba in the paper, I guess there’s no “official” publication that could be cited?

To be clear, I have no involvement in this at all, just stumbled across it.

Wow, thanks for spotting and posting this!

For citing Numba, there is Zenodo: numba/numba: Version 0.54.1 | Zenodo

Have you come across a version of the paper outside of a paywall, by any chance?

I haven’t been able to view the full publication unfortunately, it sounds like an interesting paper,. There are many great theoretical books about radiative transfer and also many (very) large codebases. But those are often so extensive that its hard to get an understanding of the actual implementation by skimming through the code.

I like how they mention and use the form of “Numerical Recipes” as a template. It’s often not that straightforward to go from theory to an actual implementation, while most scientific publications treat that as a trivial detail, often not even mentioning it.

One of the more interesting developments in the RT area to me has been the rewrite of RRTMGP in Julia as part of the Clima project. 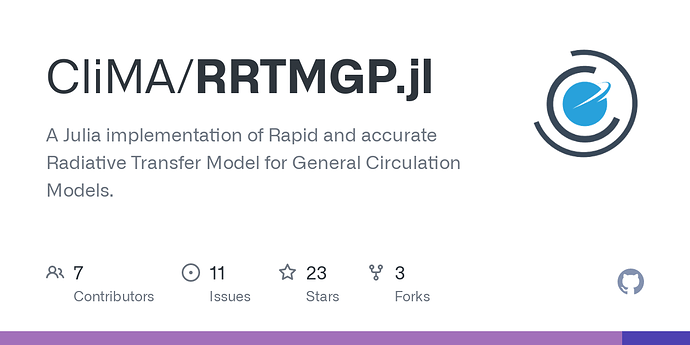 It’s so computationally costly in most weather and climate models that they often don’t even update the radiation at every timestep, just to save some performance.